What is a Pollen Vortex?

This winter will go down in infamy as the first time people all across Canada became intimately familiar with the term “Polar Vortex.” It was a miserable encounter for most of us. Just when we thought it was over, we learned the weather isn’t done with us just yet. People across the country are experiencing a serious up-tick in the effects of seasonal allergies, and they’re taking advantage of their health and dental insurance coverage to get sweet relief.

At least now we know why we’re suffering so much this year. Hot on the heels of the polar vortex, climatologists have a theory about the “pollen vortex” in our midst.

Put in the simplest terms, this year’s long, brutal winter delayed spring in many parts of the country. The delayed arrival of spring meant that trees that usually flower early in the season released their sneeze-triggering pollen after the arrival of warmer weather. This just happened to be at the same time as those trees that bloom later in the season, creating a perfect storm of misery for allergy sufferers.

The problem with shorter, more intense allergy seasons is that they can overwhelm the immune system of those who are intensely affected by seasonal allergies. For most people, an allergy flare-up is a short-lived nuisance that passes fairly quickly. However, in some sufferers this intense allergic reaction could set off more severe consequences such as a major asthma attack.

For a lot of us, talking to a pharmacist to get a recommendation for the most effective over the counter remedy for your particular symptoms will be the best coping strategy this year. However, if you’re among the millions of Canadians who already suffer from asthma, you’ll have to take a few extra precautions as we head into the depths of ragweed season to head of serious complications.

Extra steps you can take include:

When over the counter medications just aren’t cutting it to treat your allergies, be sure to make an appointment with your doctor. Prescription remedies that are covered by your health and dental insurance plan will go a long way to make you feel better. Take heart, winter will be here soon enough!

We have always appreciated the services we have received from Green Shield and your personal help has been amazing. Thank you so much for all you have done to help our family over the last year of transition.

I’ve had the very real pleasure of working with the good people at Special Benefit Insurance Services (SBIS) for almost 2 decades. Their professionalism and commitment to high service standards, makes all the difference, when it comes to helping our mutual clients to be, simply and consistently, “very happy” customers.

This kind of service keeps your clients coming back to you when they need to purchase any kind of insurance. Thank you for suggesting Destination Travel Insurance.

You have been a great in assisting us with this application, I would like to send along my compliments to you. Please pass along this message to your management team.  It certainly is nice to be able to talk directly to a person especially a person as nice as you. 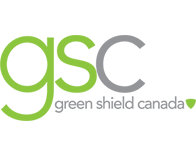 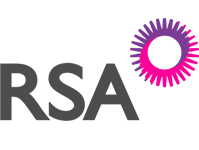 If you have any questions, would like more information or need assistance selecting a plan, please do not hesitate to call us.